Tossed by the Waves 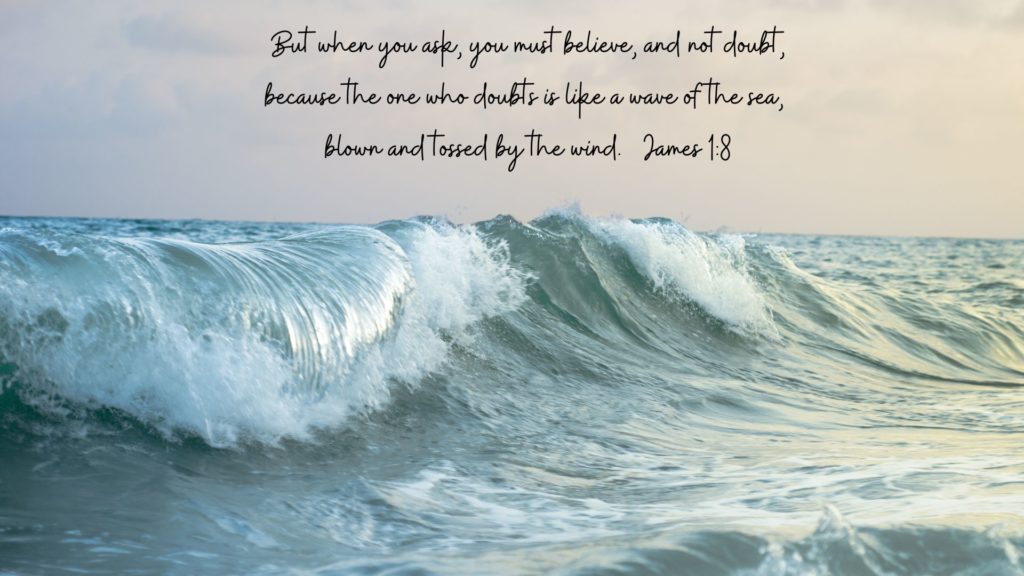 As a child, playing in the waves at the beach was a thrill of mine. Summer days were spent ducking under or jumping over the waves that rushed to meet me. As an adult, I can’t wait to immerse my body in the cool waters and let its liquid fingers bring me back to those carefree days each time I visit the beach. A few years ago, however, my beach day didn’t turn out so glorious.

Living overseas afforded me the opportunity to experience a new beach. The day we visited I anxiously stepped into the waves, and soon found myself waist-deep, laughing nervously as the next swell headed towards me. Ducking quickly, I let the wave crash over me. I giggled– a little more from shock by the power of the wave than the fun of it. Yet, I buoyed out to greet another one. Waves rolled in, I ducked deep, felt the power surge above me, and let the wave pull me back to shore – wash, rinse, repeat.

Soon I was winded and looking for a moment of rest, but there was none. Emerging from one wave, I  was  bombarded instantly with the next.  Each time, I rose sputtering, hoping for a chance to escape the wave’s power, but a feeble and badly-timed jump was my undoing. The wave hit and sent me rolling heel over head in a swirling vortex of water. I thrashed in terror, clambering for the surface. The force of the wave crushed me into the sea floor, ripping my skin like wood against an unblemished piece of sandpaper. Panicked, I fought to my feet. My hair was matted with black sand, and my back burned mercilessly. That was it for me; there was no more “play” in these waves. They were picking a fight!

As I hobbled to the shore willing my heart rate to return to normal, a childhood bible verse suddenly came to mind:  “But when you ask, you must believe, and not doubt, because the one who doubts is like a wave of the sea, blown and tossed by the wind” (James 1:8) Apparently, James had visited this beach because he couldn’t have been more correct in his observation.

What might a double-minded woman live like? She has a trust that rises and falls in secondary causes. For a women recovering from sexual betrayal, those secondary causes are quite the  list. When a slip or relapse occurs, does her faith remain steady in an ever-constant God? When the smallest circumstance changes, does she believe God can heal her marriage or her spouse, but with the next, she despairs and questions “why me?”

When we are double-minded, we allow circumstances determine our faith level, determine our joy, determine our thankfulness. If recovery is going well and we feel connected to our spouse, then  faith is high.  However, when all is falling apart, our faith wavers. This is what James means when he says,  “being tossed about by the wind!”

The Illusion of Movement

An interesting note about waves is even though waves move, the water molecules don’t. According to Howstuffworks.com (which is the key to all knowledge when you want to know how something works), ocean waves are “traveling fluctuations in water level. Some external force (usually the wind) pushes on the ocean, creating a swell of water, which is passed along the ocean’s surface. The energy of the wave, which may be built up by additional wind pressure, is passed from water molecule to water molecule. The water itself doesn’t actually travel; only the energy keeps going.”

That means when we are vacillating in our faith, we aren’t making progress. A storm is pressing in our minds, but no movement is occurring. While anger, tears, and sadness are perfectly legitimate responses, those alone aren’t what move us toward healing.

Standing on the Rock

There are many verses that remind us of God’s protection and guidance during a wave battle.

Let’s be honest.  It’s easy to quote those verses, but hard to solidly trust them when our worlds are shattered. Those waves that crash into us are always unpredictable. One moment we are standing in the water enjoying the sun then BAM a wave of deception knocks us off our feet, plunging us under and stealing our breath.

If we go deeper, we notice James is providing a profound truth:  believing God and what He says is not the same as believing in Him. We can believe He exists, but may think He doesn’t really see us. Or we can believe Him and His word that says I have been chosen by God (Ephesians 1:3-8). We can believe there is a God but not accept that He is in control. Or we can stand steadfast on his word that says I am assured that God works for my good in all situations (Romans 8:28). Ultimately, we don’t just need to believe that God CAN; we need to believe He WILL.

As I travel this road to recovery with my spouse, I really want that “serene life” that Proverbs speaks of–at least as it relates to my mind and my emotions. I’m tired of being thrashed by the waves of doubt and double-mindedness.  Either God is true to His promises, or He’s not, and there were many difficult times in my past when He has proven Himself true and faithful.

The exhaustion of fighting doubt waves is no joke – the betrayal ocean is filled with them.  If we don’t choose to stand up against them, eventually they will take us out. When doubts bubble up, we must take them captive (2 Corinthians 10:5). When fear wants to press in, we remember we have a God-given spirit of power, love and a sound mind (2 Timothy 1:7). As we take these steps we can turn our double-mindedness into a singular hope in God – no more letting the waves beat us down.