Have Yourself a Messy Little Christmas 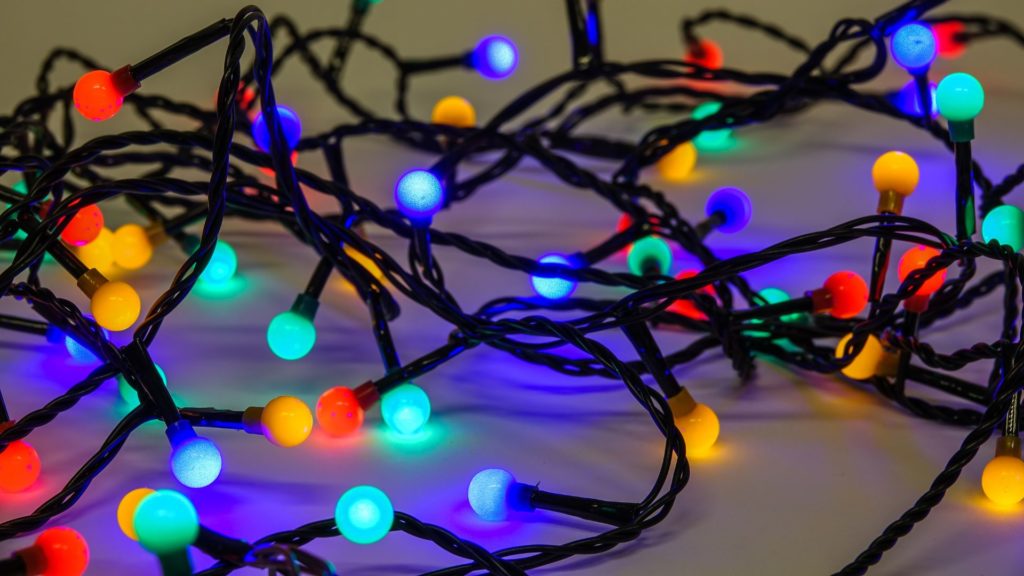 Earlier this month, I had an ah-ha moment with the Lord when I heard someone recite the ever-present holiday phrase, “Jesus is the Reason for the Season”. It’s catchy yet easily forgotten because it’s used so often during the season. However, when I heard it this time, I pondered for a moment, taking the phrase out of the context of Christmas and putting it with the season my life is in right now.

This season is chaotic, overwhelming, painful – a wacked out rollercoaster ride.

Peace feels like an Easter Egg hunt in my backyard. I know there are eggs out there because others have told me. I’m probably staring right at the elusive golden egg of peace, and yet I still can’t find it. When I do spot it, it’s small and temporary, so the hunt begins again.

Ruth Chou Simons Advent Devotional, Emmanuel is my current devotional book of choice. I feel her authenticity and honesty about our spiritual journeys in her writing. In one reading she says, “Pain doesn’t take a holiday.” My soul aches in agreement with those five words.  I’m trying to put my pain on hold as I run from one holiday event to the next with my kids, attempting to make memories and find joy in the little things. I am trying to put pain in a box under my bed until December 26th for the sake of others and the magic of the season. I’m trying to share the joy of the Lord with the cashier at Hobby Lobby, encouraging her after a previous customer was rude. Then I hit this place of feeling like I am faking it.

The truth is, I AM in pain. I am in a painful season and it’s messy. But the greater truth is that Jesus is the reason for THIS season – the one occurring in my life right now. He is refining, reshaping, and removing things that are causing me a lot of emotional pain. He is the reason I am in some of my pain right now. That sounds harsh, but stay with me.

John 10:10 tells us, “The thief comes only to steal and kill and destroy. I came that they (me and you) may have life and have it abundantly.” Jesus came to give us life and have it in abundance. Sometimes steps toward abundance require me to spit out the crayon and pick up the strawberry. Sound crazy? Let me explain.

When my youngest daughter was about 16-months-old, I put her in her highchair for a snack. While I was preparing a sweet snack of berries,  she found a blue crayon in her highchair seat, and she did what most incredibly intelligent 16-month-olds do. She began to eat it. I returned with the bowl of fruit,  and I realized the secret treasure she had and immediately attempted to take it.  First, I asked her to give it to me. She refused. I then went in with my fingers, certain I could extract it myself. All the while she fights me and cries over the loss of something she had found to be special. She viewed it as a perfectly appropriate snack. As I set the bowl of fruit down in front of her,  she responded by contorting her body away from it, refusing to even look at the bowl of berries. She wanted what she wanted, and my bowl of nutrition and sweetness was not enticing. She wasn’t ready to “taste and see that the fruit is good”.

This season is requiring me to give up my blue crayon, to surrender things that are familiar. Yet, the Lord has asked for the blue crayon and put a bowl of fruit in front of me.  That’s his mercy works: take something away that is not abundant for me. That’s why he came – it’s his whole agenda for my life, and yours. Give us a life with abundance  but that will require our surrender. But let me be honest with you:  in this season, I just don’t wanna.

I DON’T want to surrender things like my rugged independence, guardedness, and self-reliance. I see them as things that have kept me safe in this life for a long time. So as I consider surrendering them, I’m flooded with emotion. I know I ought to surrender, but I am afraid. I don’t like the unknowns: “how I will keep myself protected in the future,” “what will God replace this with, or “how will I survive?” I feel so vulnerable,  and I can’t see that He has a bowl of berries for me. I’m wrestling and worried about the loss.

When I spend time with him and talk about the things that I am wrestling with, I am telling the truth and seeking him for guidance. I am saying, “hey, I like this blue crayon and I’m really scared I won’t know how to do life without it.” He tenderly replies,  “I know. Would you trust me if I said I had something better for you? Something that would nourish you.”

In this season I have spent days – maybe weeks – thinking on his question. Do I trust him for something better for me? That’s when I circle back to John 10:10,  and I weigh my thoughts against his agenda presented in that scripture. I see that he is offering me good, abundance, and life. In the last few days I have moved into a mental space of  “I get to surrender this” or “I can surrender this” and the Lord has abundance for me in return.

This shift has not only hinged on what God says but also on my own faith and trust with Jesus. I have had to look back over my journey with the Lord and see the number of times I did not willingly surrender something, yet it was taken, mostly by others. I have the gift of hindsight and can see the abundance that came from those seasons.

Jesus wants to refine us even in the middle of this Christmas season, and it’s not jolly. It’s hard. He came to give us abundance. However, the steps we must take toward that abundance  – breaking off lies, cutting unhealthy soul ties, refining our identity, and surrendering old behaviors  – aren’t easy and the process isn’t pretty. If your Christmas feels messy, it’s okay.  God is working in that mess to bring you to an abundance you can’t imagine.  My prayer for this seasons for you and for me is that we each spit out the blue crayon and pick up the strawberry.

Have a Messy Christmas friends!